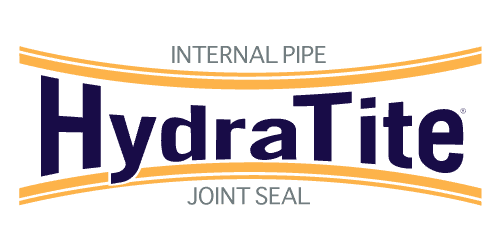 Challenge
A 120” distribution pipe with five aging pipe joints had become separated at a water pump station. Some joints had separated as much as five (5) inches. The station was concerned that there would be a failure of the joints if the problem was not corrected.

Engineered Solution
Two of the five pipe joints showed leakage. A solution was needed to eliminate leakage, while not excavating the site. A relatively low-cost solution was proposed to use grout and two of the HydraTite Internal Pipe Joint Seals.

Scope
Concrete grout was applied to all five joints. The two joints that were leaking had the HydraTite seal installed. To limit downtime, the scope of the project was scheduled for a five-day shutdown.

Solution
The grout and installation of the HydraTite seals were complete over 3 days. Leakage at the pipe joints was eliminated on time and within budget.

Hydratech has been an excellent subcontractor to work with on the Catawba River Pump Station Project. They provide prompt responses to questions and helpful insight during coordination meetings. Their on-site work was completed to the satisfaction of the Engineer and Owner in less time than expected. 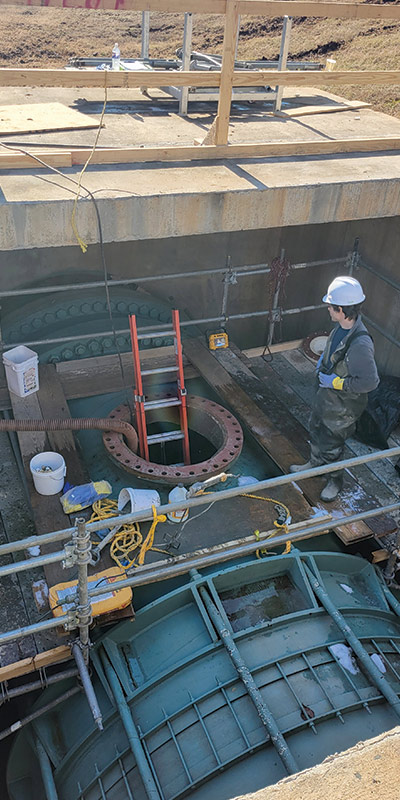 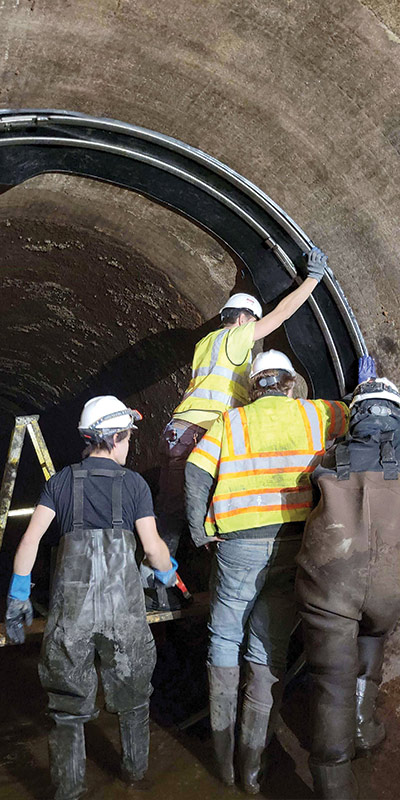 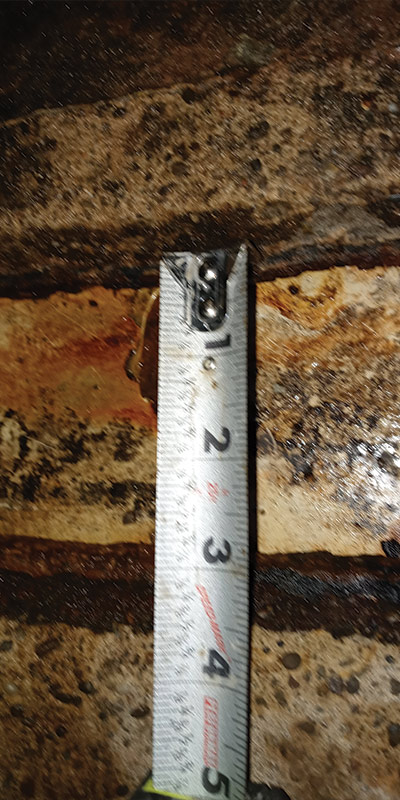 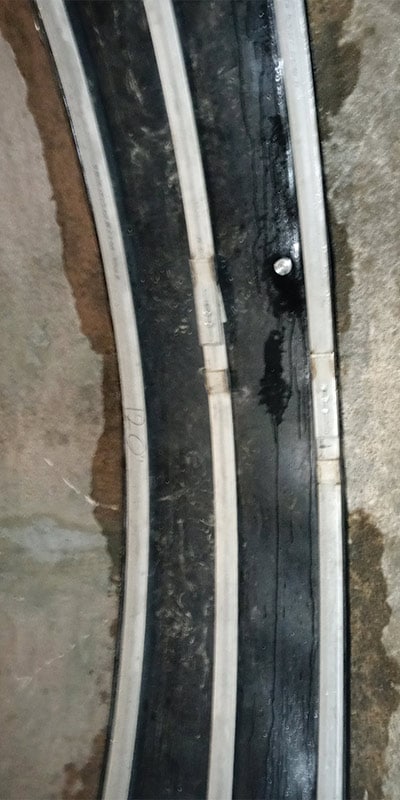