Challenge
The pier caps under a bridge needed to be reinforced as the bridge’s volume of traffic had increased beyond what it had been constructed to handle. The Wisconsin Department of Transportation needed a quick repair method that would minimally impact traffic and did not wish to replace the pier caps. The complicated layout required exact measurements.

Engineered Solution
Carbon fiber was chosen to reinforce the existing structure rather than replace the pier caps.

Scope
The prep work included grinding and marking where the carbon fiber strands would go. The carbon fiber was wet out to the correct ratio and primer had to be applied to the pier caps. To allow adhesion on this vertical application thickener was added to the epoxy. Due to the complicated layout scaffolding had to be built specifically for this project. During this 3 week project, nearly 1,000 square feet of carbon fiber was applied.

Solution
Replacement would have been more inconvenient for traffic. When cured the carbon fiber brought new strength to the bridge’s pier caps. The carbon fiber solution proved to be cost-effective and time-efficient. 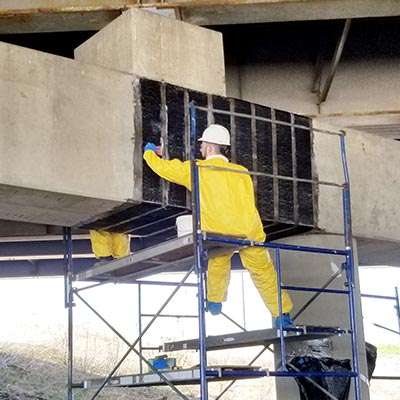 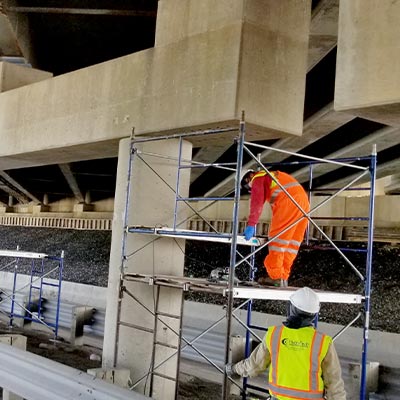 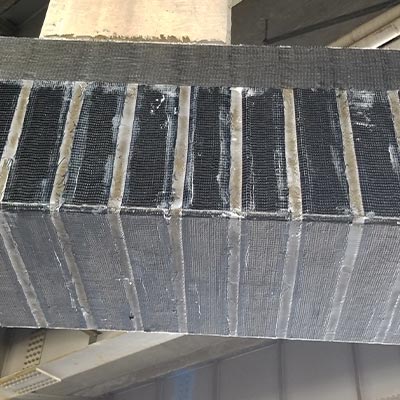