BACK IN THE FIELD
Caleb Helps Install Ten Seals

The joints in these twin storm culverts had raised concerns for the safety of the above roadway.  The HydraTite Internal Pipe Joint Seal was the chosen solution and HydraTech was called to install 6 double-wide and 4 extra-wide seals. It was a standard job, except the office administrator, Caleb Rutledge, offered to be the second member of the two-man team. 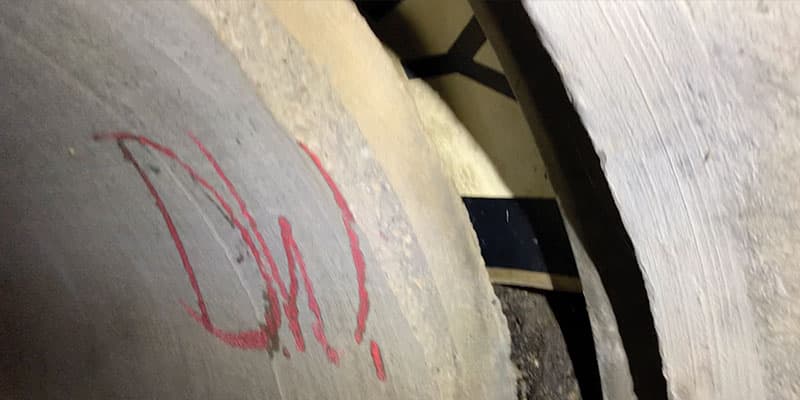 Upon arrival, each joint was inspected and marked by which seal would be installed over it. The double-wide seal’s bigger width would allow it to accommodate the more separated and offset joints and the extra-wide seals would be used on the joints that were not as badly separated or offset. Two joints were particularly bad. Attempts had been made to save a failing joint that was 7 inches separated. Old signs had been placed on the outside of the joint. The other joint, nearly as separated as the previous, had sunlight peeking through. 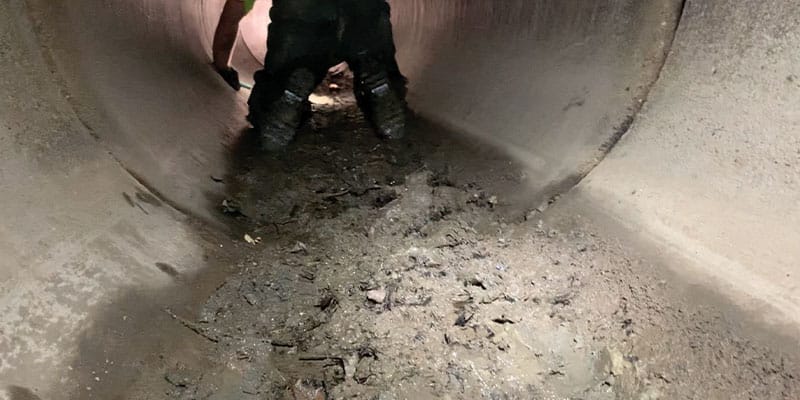 After the initial inspection, the debris covering the joints had to be cleared away. The culvert had been previously cleaned but recent rain had covered the invert once again. 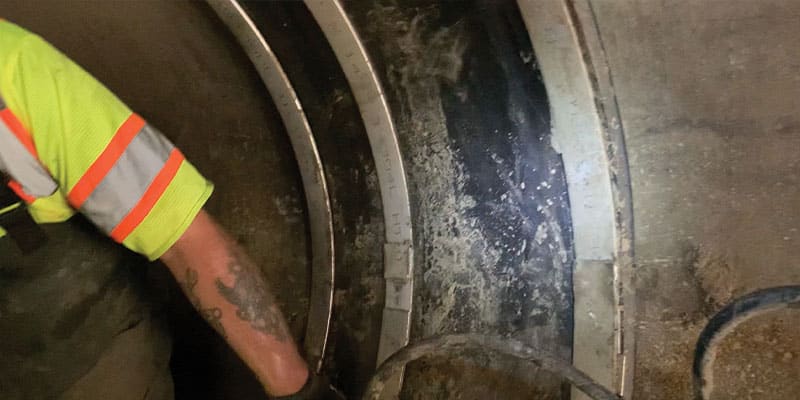 Finally, after the joints were cleaned, the ten seals were installed. The entire project was completed in 3 days and did not affect the above flow of traffic. The culvert and road would be protected for years to come. Caleb got his HydraTite installation experience and will be all the better at explaining the product to prospective customers. 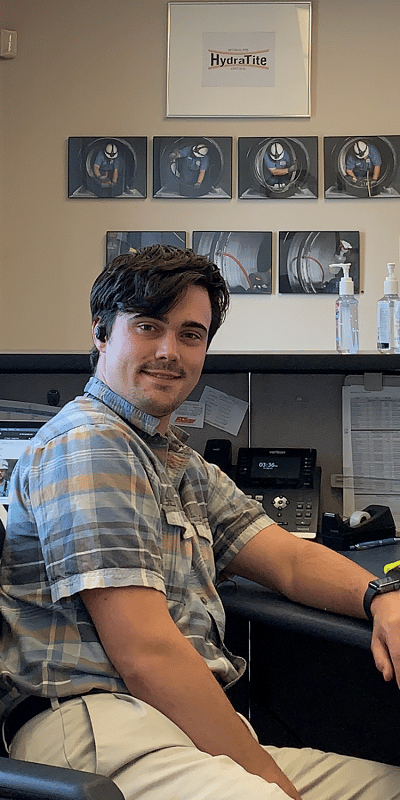 Customers ask a lot of questions when I answer phones and emails. I thought having first-hand experience would be beneficial when explaining how our products work. Plus, the installation process was easy enough to learn. So easy in fact, I think I could teach new employees how to install after only going out on this one project. 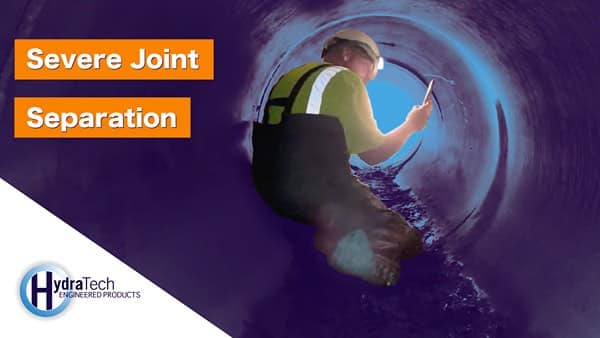